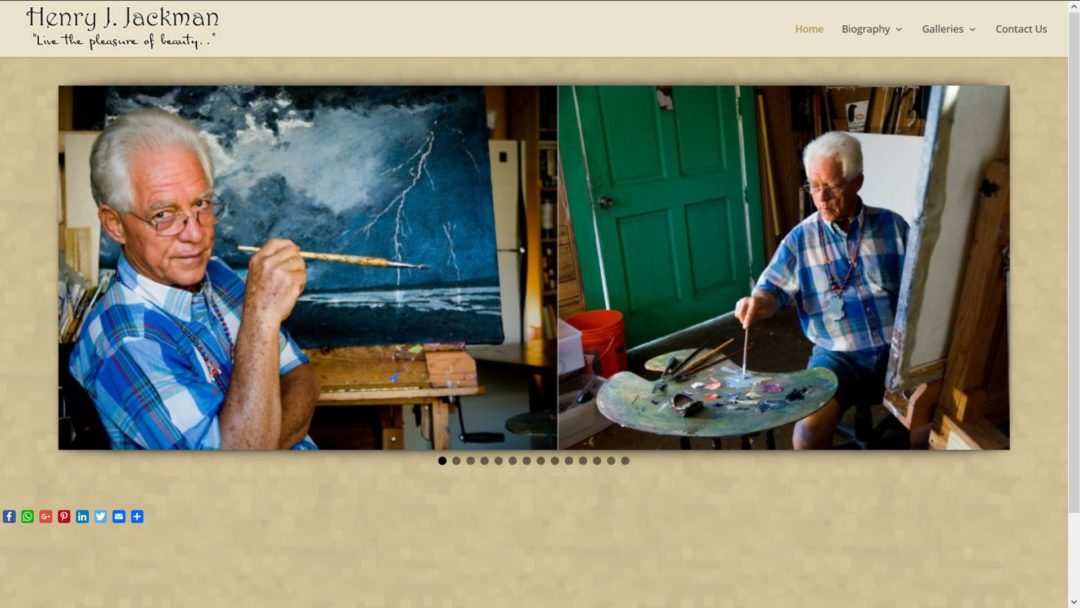 Henry James Jackman’s life story is as colorful as his paintings. He was born on 15 January 1944 from a humble family living in Capital Park, Pretoria and he also swam the mighty Apies – as we know – amongst other. At the age of about 10 years, Henry started sketching on his own drift in the absence of outside influence or tutoring and some of his first sketches were Bugs Bunny and Mickey Mouse and popular animational icons of the period. His father noticed all this and called him an artist. He then started painting with oil and sold some to friends and teachers for loose pennies. His old man also called him ‘dreamer.’ One of his dreams was to become an artist like Leonardo Da Vinci which becames dreams like those during a fever attack… http://henryjackman.co.za/